Flying at twice the speed of sound was the preserve of the super-rich. If supersonic flight roars back to the skies, could it be more affordable?

For the Guardian article, go here.

You could tell without looking up what plane was overhead on its final approach to Heathrow: only those twin Rolls Royce Olympus turbojets made the same roar on landing as others did taking off. It was a treat just to watch Concorde carve through the sky, and there was a time many of us thought perhaps one day, supersonic flight will be the norm, not a novelty.

Concorde’s crash just outside Paris on July 25, 2000 was actually just the symbolic end for the world’s only supersonic airliner. It may have been ahead of its time, but paradoxically it was already out of date and out of touch. Weighed down with political and economic baggage, Concorde was grounded in 2003, and it seemed that was that for whole dream of commercial supersonic travel (SST).

Maybe Concorde had made us complacent, just as the Apollo generation assumed we’d have moon bases by now. We’d had SST since the 60s, so we thought everything could only get sleeker and quicker. Instead, we got bigger and cheaper. Instead of ramjets, Ryanair. Why?

It’s as well to remember Concorde was ahead of its time. Its 50-year-old design still looks space-age. With a cruising altitude of 65,000 feet (nearly twice the height of other airliners) it flew higher and faster than modern fighter jets, at 2,180 km/h more than twice the speed of sound, shrinking the journey from London to New York to three and a half hours. That this herculean Anglo-French collaboration got airborne amid such stern  competition from the US and Russia in a cold-war-driven age of oneupmanship is a marvel.

The shortlived Soviet Tupolev TU-144, launched in a blaze of propaganda in December 1968, stole Concorde’s thunder by just two months. It was so similar the Anglo-French team suspected espionage. But the sleek exterior concealed a flight deck stuffed with archaic Wizard of Oz levers and instumentation. Clearly an exercise in propaganda, the TU-144 had no practical use: the communist USSR did not tolerate Concorde’s jetset customer base and it nowhere to fly to. So it became a supersonic workhorse, ferrying mail across the USSR. A fatal crash at the 1973 Paris Air Show ended Russian’s supersonic passenger effort.

The US endeavour, the (naturally much bigger of course) was the Boeing 2702, a supersonic behemoth designed to fly some 300 people at mach 3. By flying faster, it could make more trips, its designers reckoned, and it would pay off. But, like a later 1990 NASA-led project, the High Speed Civil Transport, it never left the drawing board. Huge technological, environmental and economic hurdles meant that no one – Boeing especially – wanted to build it, and crucially, no one wanted to buy it. 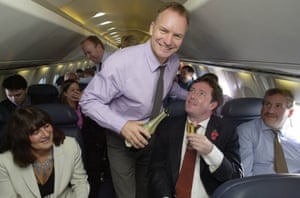 Those hurdles are partly why we aren’t now blasting supersonically to Sydney and back in time for tea. Peculiar things happen when you hit the speed of sound. Sound waves and air compress at the nose, creating an aerodynamic barrier that increases wave drag fourfold, and needs a lot of power (and fuel) just to penetrate. And when it does, the shockwave begets the infamous sonic boom. Boffins had known about this since at least 1964, with the notorious Operation Bongo experiments, in which the US airforce conducted a series of supersonic flight tests 65,000ft over Oklahoma City, to determine whether the sonic boom would still be audible at ground level. Following 10,000 complaints of broken windows and shattered plaster, they were able to determine it was certainly audible, and as a result, nearly every state banned supersonic flights in their airspace. This scuppered dreams of an east-west supersonic shuttle and, to this day, supersonic flight is banned over land in the US and Europe. It was years before a sniffy US supreme court would even allow Concorde to come in over the Atlantic.

There are other scientific flies in the ointment. Flying this fast superheats the aircraft, so it must be made of special – and expensive – composites like titanium alloys, or the recent carbide ceramic materials that can withstand temperatures of 3000C. The faster you go, lift and drag increases, requiring aerodynamic wings and a thinner fuselage, and a much higher cruising height where the air is thin. But then, at that height you need bigger engines to cram in enough air. All of which means you need a lot of fuel, and ultimately, that means poor range. Even Concorde was only just capable of the transatlantic trip, and it showed SSTs weren’t worth flying on routes shorter than three hours. That cuts out a lot of routes.

So how did Concorde have the freedom of the skies for 27 years? It helped that British Airways put up with it as a flagship loss-leader until 1980, when two of its pilots took on Concorde in an inspired marketing coup that hiked the price of a ticket to about £8k a ticket – to a luxury market who’d thought that was what they’d been paying anyway. Suddenly, Concorde was ‘’reassuringly expensive’’. Over its lifetime, it made BA profits of about £750m.

But the French had not followed suit: it was going bust. Eventually they grounded their Concorde, and when legacy firm Airbus announced it was to  stop making and servicing the parts, it was the beginning of the end for the British plane too.

Besides, air travel had already moved on. The concept of “luxury” travel now meant reclining seats, space and comfort, and suddenly Concorde’s narrow fuselage looked cramped. Recliners and TVs? Forget it. Concorde was an outdated notion of prestige that left sheer speed the only luxury of supersonic travel.

Besides, was there now a market to build unbelievably expensive aircraft for a champagne-guzzling elite? Air travel itself was becoming democratised. As early as the 1960s, Boeing, still licking its wounds from the 2707, had realised this. The future was bigger, not faster. Enter the Boeing 747. Fifty years later a jumbo can still carry more than three times as many passengers, with the same fuel, as Concorde, and at a fraction of the price. In the tortoise and hare air travel race, the tortoise is winning.

But the race isn’t over. New technology has opened up exciting possibilities. 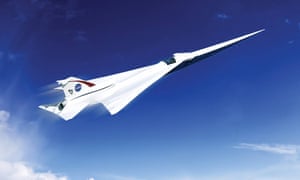 Lockheed Martin and Aerion have developed a concept aircraft that can fly at Mach 1.2 with no sonic boom – technology they’ve tested on an F5 fighter jet. The drawback: it can only work on small aircraft, which means Aerion will be a business jet.

Not to be discouraged, NASA last year unveiled its new quiet supersonic prototype, called QueSST, which it says is 1,000 times quieter than Concorde (opening up routes over land) and it may be ready to test-fly in 2019.

But perhaps the most exciting development is the 55-seater airliner being developed by Virgin and Denver outfit Boom. Its XB-1 will be tested in late 2018 and should be capable of Mach 2.2, flying customers for the same price as any other business-class seat. It is a tribute to Concorde that it looks similar to the old bird. But new materials and tech allow it to fly faster, further, quieter (and more cheaply) than Concorde.

Japan Airlines has already pre-ordered 20 of the aircraft. Which means supersonic aircraft may once again soon be a reality – at least for a select few of us. Now, where have we heard that before?