The Truth is out there!

Why are we here? Are we alone in the universe? Profound questions such as these are as old as astronomy itself, yet extremely relevant today. Dave Hall looks at the latest attempts by astronomers to solve our greatest cosmic enigmas.

I wrote and researched this story in spring 2011. I had the opportunity to speak to some intriguing people, including Prof Tim O’Brien and the late Colin Pillinger. Again, a piece for PGUK aimed at attracting postgrads to study in the UK. Published jointly by Guardian News and Media, and the British Council, it is distributed to offices of the BC, academic institutions and the like, worldwide. 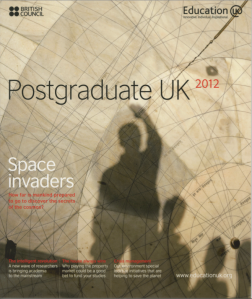 will the real tori jane please stand up